Visitor on the Windowsill 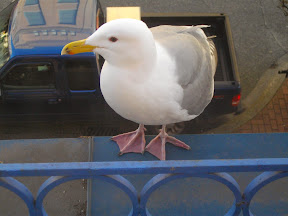 Martha and the Muffins

Listening to one of the tv music channels today and Echo Beach by Martha and the Muffins comes on. Boom flashback to 1980.
I was on a date, might have even been a blind date. I met <insert name here> at a pub in Halifax.
I know what you're thinking I was under age, it was only by a couple years though.
An older friend of mine who had the same birth date as me let me use her ID. See there was no picture on the drivers licence back then and as long as you could spit out your birth date without screwing up you were good to go.
Anyway we were chatting and having a few drinks when he said he had tickets to a show at the Misty Moon, another awesome live venue that is RIP, and asked if I would like to go. That's pretty much a rhetorical question with me, was then still is.
I don't know of anywhere that does this anymore but in the pub someone was always walking around with flowers for sale.  As we were leaving he bought me a red rose. To use today's terminology I thought OMG!! Back then I thought it was the most cliche thing in the world and I still do. I accepted nicely of course as I can be polite and I didn't want him to end the date before getting in to the show, was that wrong of me?
So we get on our way and we drive up to the club where the marquee reads Martha and the Muffins. I was so excited as Echo Beach was the hot single at the time and I was getting to see them perform live.
Once inside the club more drinks were had and inhibitions started to run a little wild.
Me+bar+live music=something takes over me and I can't be held responsible for my actions.
I was on the dance floor and suddenly I grabbed the rose I was given earlier and handed it to the bass player or maybe it was the piano player can't be sure.
Probably not the best thing to do as my date took offense and suddenly I had no ride home, oops.
Pretty bad though for a dude to strand a 17 year old girl in a bar but oh well what's a girl to do but party on and look for a ride home. Not to worry I made it home safely.

Another rock n' roll fable from the depths.

You will find just about anything here.
Perhaps a ramble or maybe even a story but most likely it will be photographs.
Enjoy your stay!